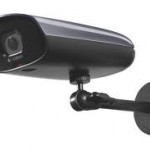 December 13, 2012 Comments Off on Catch a Santa Sighting with Logitech Alert

Many are awaiting Santa Claus’s visit to your living room with gifts and stocking stuffers in tow! Hopefully you’ll wake

October 12, 2012 Comments Off on Halloween Tricks Caught on Camera!

With fall comes the season of trickery and one of our favorite international celebrations – Halloween! This annual festivity is

October 4, 2012 1 Comment on Recognizing a Great Idea: National Night Out

Safety is one of the key factors in deciding where to live, raise a family, and work. Around the world,

Our fans have asked us to get into eSports, and we have listened. Today, we’d like to officially announce our

This week in Logitech news, ABC ‘Nightline’ featured Logitech customer Jeanne Thomas and her story of how she caught two

Friday the 13th Strikes Again: Take No Chances this Go Around

April 13, 2012 2 Comments on Friday the 13th Strikes Again: Take No Chances this Go Around

If you woke up this morning with an eerie feeling, it’s no surprise: today marks the second of three Friday