Our fans have asked us to get into eSports, and we have listened. Today, we’d like to officially announce our sponsorship of the popular League of Legends team, Team Curse!

Team Curse was first recognized on the competitive gaming scene just over a year ago. The team’s success has led them to win weekly Go4LoL’s and other third party NESL tournaments, and they also secured one of four spots at the US National Qualifier for World Cyber Games in 2011. Team Curse is now one of the most recognized teams in the industry and well known throughout the world. 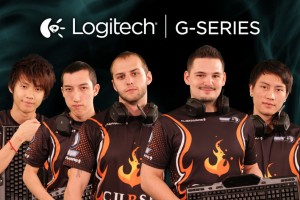 Join us in congratulating Team Curse on their past successes and in wishing them luck in the months ahead. Be sure to visit their YouTube channel or team Facebook page to catch the latest from them, and for more information from Logitech, make sure to check out our Facebook page.