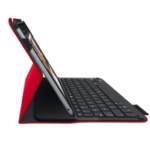 Whether you’re gearing up to visit friends and family this weekend, or kicking back on the couch for movie marathons,

Here’s a fun fact to start this week’s post: in Mashable’s article on Twitter trends surrounding CES, they reported that