The year 2013 certainly held its own in this golden age of television. While we had to say goodbye to our favorite characters on Breaking Bad, parted ways with an ambivalent serial killer in Dexter, and had the last laugh on 30 Rock and The Office, this year’s lineup offers a whole new batch of shows to obsess and rant over. With streaming services like Hulu, Netflix and Viki, you’re no longer chained to your cable package and can access new shows on demand from all over the world.

To best experience pure, unadulterated entertainment, control all of your home theater devices with the Logitech Harmony Smart Control. It turns your smartphone into a personal remote – allowing you to access all of your favorite channels and online services. The included Harmony Hub also uses a Bluetooth and IR connection, so you can swipe, playback, and pause with ease while watching all your new favorite shows on your PS3, Wii, Xbox, or Wii U.

Here’s a cheat sheet to keep you in check for 2014’s most anticipated shows worldwide. 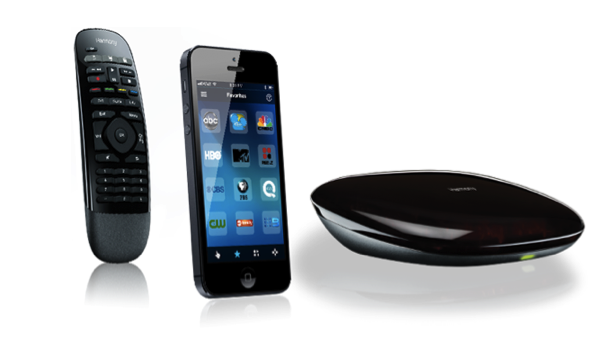 We’re a sucker for a workplace comedy, especially one that breaks out of the cubicle and brings levity to a much-dramatized subject: the military. Fox’s new comedy, Enlisted, stars Geoff Stults (The Finder) who’s stuck working on a Florida army base with his misfit brothers played by Chris Lowell from Veronica Mars, and Parker Young from Suburgatory. Expect plenty of Stripes-style hijinks and lots of heart.

America loves its serial killers (Hannibal) and psychological crime procedurals (The Killing), but leave it to HBO to deliver the best of both worlds. With last year’s rediscovery of the acting dynamo, Matthew McConaughey, we’re excited to have him on the small screen, along with Woody Harrelson and Michelle Monaghan. Together, Harrelson and McConaughey play a pair of at-odds Louisiana detectives exploring a homicide case that seriously unravels their personal and professional lives.

Who’s more suave at international espionage and seducing femme fatales than James Bond? As it turns out, it’s the man who created the myth: Intelligence officer turned bestselling author, Ian Fleming. Dominic Cooper stars as Fleming in this stylish new show filled with bikinis, martinis and all things Bond. The series explores how much art imitated life in the early days of Fleming’s naval career and what led him to writing Casino Royale in 1952. American audiences will get a sneak peek, as the series will premiere on BBC America on Jan. 29.

The true story of one of Australia’s most infamous criminals continues, as Robert Mammone reprises his role as Tony Mokbel. From the producers of the critically acclaimed series, Underbelly, Fat Tony & Co follows Mokbel from his climb up through Melbourne’s underworld to his eventual arrest in a cafe in Athens. The rest of the Underbelly cast will also join the series in one of the greatest manhunts in Australia’s history and the dismantling of a drug empire.

January has already featured a slew of great K-drama premieres, from Miss Korea to My Love From The Star, and now a new period melodrama starring a barely-recognizable Kim Hyun Joong. Shedding his pretty boy image from Playful Kiss and Boys Before Flowers, Joong plays a gritty fighter and Korean ex-pat in 1930s Shanghai during the Japanese occupation. A story of friendship, desire and patriotism set against tumultuous times, Age of Feeling is based on the eighties comic series “Inspiring Generation” and promises beautiful, engrossing visuals.

What shows are your remote fingers itching to press play on? Tell us in the comments below.

View all posts by Jessica Monney →