I had the pleasure of traveling to Cologne Germany for Gamescom 2010. They ended up getting over 245,000 people at the show. There were so many people there it was hard to move through the crowds to get a good look at all these new and exciting titles. 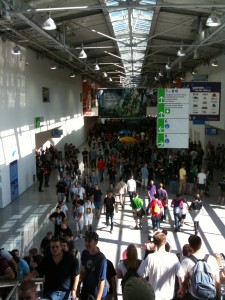 One of the big buzz titles was Guild Wars 2. I had the opportunity to play their demo on the floor and it was fantastic. The graphics were beautiful, the gameplay was very straight forward and I was in the action as soon as I had selected my character. This is definitely something I am looking forward to. 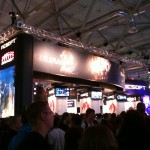 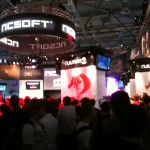 I had the chance to stop off at the Blizzard booth and meet with some of my friends there. The lines were crazy to try both Cataclysm and Diablo 3. There’s a lot going on in World of Warcraft these days and it is going to be interesting to see how it all shakes out. Diablo 3, on the other hand, will be ready when it’s ready…I sure hope that is soon. That is one game I am really looking forward to playing. 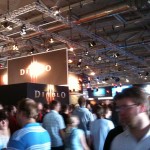 I also got the opportunity to play Star Wars: The Old Republic. As many of you know they announced space combat and quests within the game. Unfortunately they did not have that up and running on the demo stations. I did get to play some of a Sith Inquisitor, which was fun, I’ve always wanted to use force lightning! This game is very much an MMO and plays as you would expect. The thing I am look forward to now is the space combat.

I was also able to try Age of Empires Online. Aside from the graphics change it was much the same game I’ve played for countless hours. It is going to be interesting to see how the coop play and other social aspects are integrated. 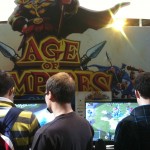 There were so many other titles I got to see during my visit. There are plenty of great games on the horizon. It is going to be a good year. 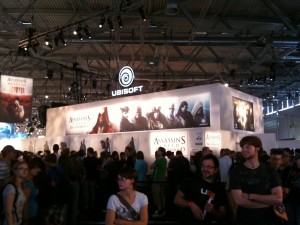 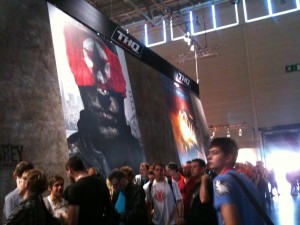 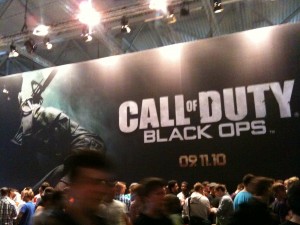