Gaming myths come in all shapes and sizes, from tried-and-true methods for fixing broken cartridges to overblown narratives concocted to explain freaky coincidences. Here at Logitech G we’ve heard them all, which inspired us to separate fact from fiction with a quick look at some of the most popular myths surrounding our favorite pastime.

Does Blowing on a Cartridge Make it Work?

Everyone was doing it back in the 80s, but does blowing on a busted Nintendo cartridge actually make it work again? Not really. Every time a player blew into a game cartridge, they were actually coating their game in a thin layer of saliva, making it harder for the system to establish a firm connection to the game. Who’d have thought the solution was part of the problem! 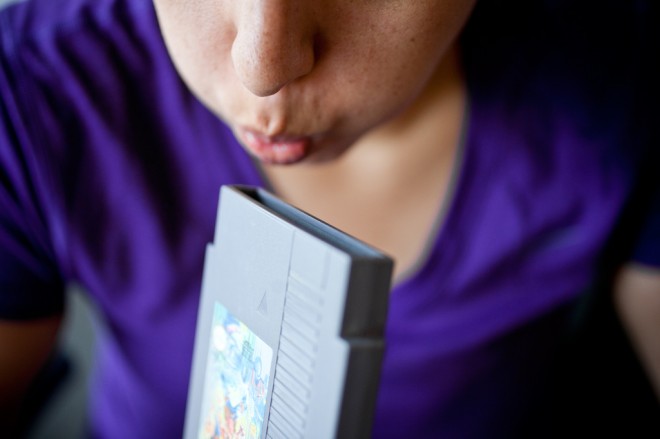 Gamers are just as social as anybody else – they just prefer interacting with people who share their passion. Just ask StreetPass NYC, a social gaming club that formed for the sole purpose of bringing Nintendo 3DS owners together to enjoy some of New York City’s most exciting spots, or the folks at Penny Arcade, whose PAX gaming convention has drawn such huge crowds that it’s had to split the event up into three separate annual gatherings.

A Mass Grave of Atari Cartridges

One of the most outlandish gaming myths describes a landfill in Alamogordo, New Mexico that’s supposedly full of millions of E.T. cartridges for the Atari 2600. Stranger still: it might actually be true. Need some proof?  City commissioners in Alamogordo recently granted rights to a film production crew to excavate the site, in exchange for a documentary they hope will bring a boost in tourism to the little-known town.

Games Are For Kids

While video games have traditionally been thought of as kids’ toys, there’s plenty of evidence to suggest that the vast majority of players are now in their 30s, which makes sense, because most modern gamers started playing as kids in the 80s. And it’s not just a boys club anymore, either: according to studies conducted by the Entertainment Software Association, 45% of today’s gamers are female.

Since 2000, every single football player featured on the cover of EA’s annual Madden NFL video game series has either been injured, or was otherwise forced to sit out the following season. Spooky? So what’s really behind it? Chew on this: NFL players awarded this coveted cover spot didn’t get there by slacking off, and the harder an athlete works, the greater the toll on their body. That’s not a curse, folks. It’s biology.

Games Are A Waste of Time

Like movies, novels, and radio before them, video games have long been lambasted as time-wasters for young people who might otherwise do something more productive with their lives. But with modern video games being used for everything from aiding cancer research to exploring the impact of human isolation in an Internet-centric society, one thing has become abundantly clear: video games are only a waste of time if you let them be.

You know what’s not a myth thought? That Logitech G products are tools you need in your gaming arsenal.  We have a wide range of peripherals that can help you win, from long-lasting mice like the Logitech G602 Wireless Gaming Mouse to the elegant, silent assassin that is the Logitech G710+ Mechanical Gaming Keyboard. Check them out today!