Assassin’s Creed Brotherhood is one of the most hotly anticipated titles of the holiday season. The base storyline of “fighting for the people,” and set in historical context has made Assassin’s Creed one of the top-selling franchises in recent years.

In Assassin’s Creed Brotherhood, publisher Ubisoft for the first time introduces a multiplayer mode that has won awards and the attention of the press, and delighted AC fans around the globe.

The immersive, online experience also makes it a great fit with the new Logitech F540 wireless headset for PlayStation 3 and Xbox 360. And in some countries in Europe, Logitech is pleased to be able to offer a limited time special discount.

With Assasin’s Creed Brotherhood due out beginning November 18, we were able to catch up with Gaëlec Simard, the game’s Lead Mission Designer. Here’s what he told us.

Logitech: What is it about the Assassin’s Creed story and core gameplay elements that will keep people coming back?

[Gaëlec] Being able to play such strong characters in breathtaking vistas. Being able to relive history and even feel like you’re helping in writing it. To live the life of a master assassin fighting for the people. All this wrapped in a gameplay that’s as good as bacon is what I think makes people want more and more of the Assassin’s Creed license. 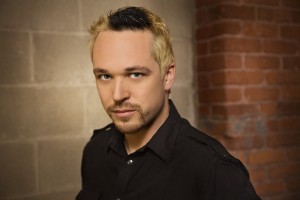 What makes Brotherhood different than some of the previous chapters/versions of the franchise?

[Gaëlec] Every games iterates on the previous. We always like to think about what went well and what could be improved. So, other than the story, we’ve introduced totally new gameplay elements like your Brotherhood and refined others like the Management gameplay and fight system.

The multiplayer experience is the first for the Assassin’s Creed franchise, and has received a lot of accolades. What makes it unique?

[Gaëlec] When we started working in the multiplayer for AC, we wanted to find something that would fit with our universe and our franchise. This uniqueness took the form of the wanted mode where the player is the predator and the prey. In other words, you have a contract to kill someone but some else also has a contract to kill you. How you kill your target, stealthily or not, will give you more or less points so it creates a lot of depth in the gameplay.

Do you have any tips on how best to use voice chat used within the multiplayer mode?

[Gaëlec] All I could say is be nice to your fellow gamers. Encourage rather than disrespect.

What can you tell us about the future of Assassin’s Creed?

[Gaëlec] Like any great Christmas present, it’s so much less fun when you know what you’re going to get. All I can say is that we have ideas and that as long as gamers want more, we’re probably going to give you more 😉