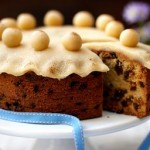 Mother’s Day Around the World

When is Mother’s Day? Depending on where you live, the answer may be surprising. While more than 80 countries around

This is Joerg Tewes, vice president of the digital home business group at Logitech, here to let you know that

Here at Logitech, we pride ourselves on innovation and we welcome the challenges to be innovative and creative each day.

February 22, 2013 Comments Off on Logitech in the News

This week in Logitech news, the media were quick to post reviews of the new Logitech Ultrathin Keyboard mini. We saw

As part of Hollywood awards season, Ultimate Ears sponsored the 2013 Republic Records post-Grammy party, which was held at the

February 8, 2013 Comments Off on Logitech in the News

Good news for all iPad mini owners: This week, we announced that we’re bringing our popular Ultrathin Keyboard Cover design

The Chinese New Year, also known as the Lunar New Year or the Spring Festival, will be celebrated next week