This week in Logitech news, the media were quick to post reviews of the new Logitech Ultrathin Keyboard mini. We saw reviews from 9TO5Mac, which highlighted the keyboard’s quick shortcuts and well-paced design, IGN and BYTE. Additionally, W SIECI, a weekly news magazine in Poland, included the Ultrathin Keyboard mini in its Weekly’s Hot! feature, as the device of the week. The editor noted that the keyboard is very comfortable to use.

On the music front, this month’s print issue of WIRED included the Logitech UE 900 Noise Isolating Earphones in their “Top 3 In-Ear Headphones” feature. The UE 900s were selected as “Best Sound,” and were described as having “superb sound across all audio frequencies.” The feature also called the earphones, “the next-best thing” to custom earphones. Additionally, DJ Magazine, a dance music magazine in the U.K., devoted a full-page article to the Logitech UE 4000 Headphones, Logitech UE 6000 Headphones and Logitech UE 9000 Headphones, where the headphones were awarded an 8 out of 10 rating. The article also noted that Logitech is, “…out to stamp their mark on the dance music scene. 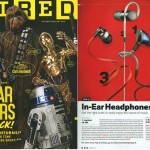 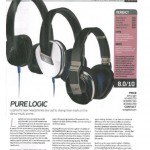 Finally, Business Insider posted a review of the Logitech Wireless Solar Keyboard K760, where the author noted he’ll, “…never change a Bluetooth keyboard battery again.” He also highlighted its pairing capability with up to three devices, ability to charge by both sunlight and ambient light, and concluded by “wholeheartedly” recommending the device.

A few additional highlights from this week include: