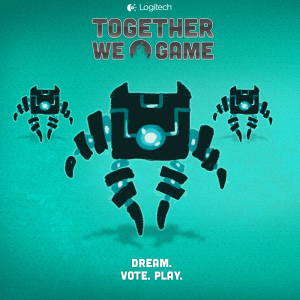 It’s an exciting day for our crowdsourced video game project. We’ve taken all your votes so far and turned them into a playable prototype that we’re now asking you to BETA test. You can download and play this early version of the game here: http://logt.ly/TGCOM

This is what we’re asking you to do: Download the game, play while paying particular attention to the behavior of your enemies, and then give us your feedback by voting on the enemies’ actions. Do you want them to have more random entrance points and movement? Do you want to increase difficulty by have the enemy attack your towers? Or do you want the enemy to avoid your towers, letting you build a barricade? Vote now and you’ll see the winning choice implemented in our next release.

This green-screen game prototype is just the first step on our way to an artistic, fully developed Tower Defense game and we are excited to include you in this process. If you have more feedback on the game than can be submitted in a single vote, please join us on our subreddit where you can write as much feedback as you’d like!

Thank you to everyone who has given their ideas, art and time to this project. We’re developing a game together step by step and it’s an adventure.