On April 12, 1961, Soviet cosmonaut Yuri Gagarin became the first human launched into space, opening up a new world of technology and knowledge to humankind. Eight years after Gagarin made his historic flight, Apollo 11 took off to make its own history on the moon.

The precision required to navigate this daring route was astonishing. Astronaut David Scott put it to scale in a lecture: “If you have a basketball and a baseball 14 feet apart, where the baseball represents the moon and the basketball represents the Earth, and you take a piece of paper sideways, the thinness of the paper would be the corridor you have to hit when you come back.” All of this was achieved with NASA technology and the Apollo Guidance Computer (AGC).

As we honor the International Day of Human Space Flight, we celebrate not only the advances of space exploration (have you seen what future space suits will look like?), but also the technology that it has contributed to our everyday lives. While most of us will never set foot on the moon, we’re likely to use a byproduct of NASA technology every day.

Pushing the limits of innovation is something very dear to Logitech, so let’s take a look at what the science of space has brought us, from the memory foam in the mattress you sleep on to scratch-resistant lenses in your sunglasses, the ultra durable car tires with which you drive, and the solar cells in the Logitech Wireless Solar Keyboard K760.

You can thank the dirt and particles floating around in the outer atmosphere for your scratch-free lenses. Due to all the hazardous debris in space, NASA developed a special coating to protect their equipment and especially astronaut helmet visors. Recognizing a consumer benefit, sunglasses manufacturer Foster Grant licensed the NASA technology for its own use and made its sunglasses ten times more scratch-resistant than uncoated plastics. 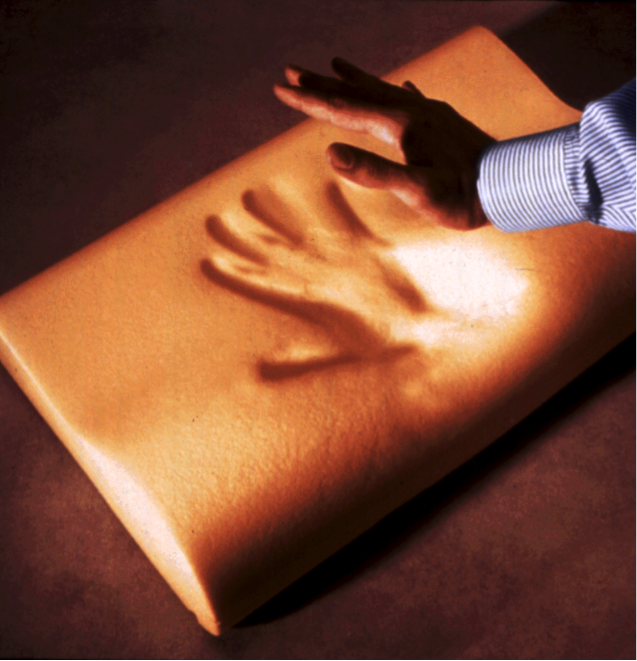 It turns out that the same temper foam used in NASA aircraft seats to lessen the impact during landings also makes for a good night’s sleep. The open-cell polyurethane-silicon plastic, also known as “memory foam,” is able to evenly distribute applied weight and pressure, which provides greater shock absorbency. This unique padding was first used for X-ray tables and football helmets, and later licensed for couches, mattresses, and pillows. Did NASA also apply the bowling ball test?

If you think potholes are a terrain challenge, then you’ve never been to Mars. While planning for its Mars missions in the late 1960s and ’70s, NASA contracted Goodyear to develop new landing gear for its Viking probes. What they got was a new durable material that was five times stronger than steel, enabling the probes to explore at will. After the missions were complete, Goodyear incorporated the innovative material into their commercial tires, expanding the lifespan of radial tires by almost 10,000 miles. 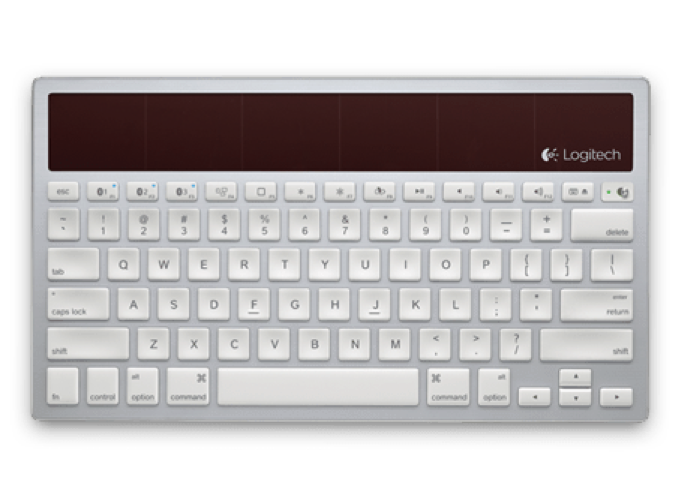 When you’re stuck in the cold, airless, and vast expanse of space, you can’t worry about a dead battery. Space missions rely heavily on solar power to keep vital spacecraft systems working — so much so that they have an entire division devoted to its enhancement called the Photovoltaic & Space Environments Branch. In order to create lightweight solar power sources, NASA partnered with PowerFilm Inc. in 1989 to incorporate paper-thin solar cells on to flexible sheets. This highly efficient solar cell technology has found its way into countless commercial products, including the Logitech Wireless Solar Keyboard K760.

This sleek wireless keyboard is powered by any light – both inside and out – to keep you fully charged for at least three months. Thanks to its wireless capability and built-in solar battery, you can take it anywhere and easily sync it to your Mac, iPad, or iPhone using Bluetooth technology. Respond to a text, type an email, or take notes on your phone all with the click of a button. And, with the Logitech Easy-Switch™, you can move quickly from one device to another. It is truly a multi-tasker’s dream come true and a direct by-product of space exploration.