As American as baseball and apple pie, this month’s basketball madness has become a pastime that grabs the attention of most of the country for two weeks of the month. From March 18 to April 7, an elite group of college basketball teams will be whittled down to just four – the Final Four – who will duke it out for the right to cut down the net as part of the spoils of claiming the National Championship. For many sports fans, it is the most exciting and dramatic tournament in college sports. For newcomers or the casually curious, the array of seeds, brackets and regions can be dizzying. So let’s break it down for you, and untangle the rules and regulations behind the madness of March basketball.

A total of 68 teams from across the country are “seeded,” or ranked from number one to 68, to them be divided into four groups. The groups are assigned to one of four regions corresponding to the cities hosting the finals, which are Anaheim, Memphis, New York City and Indianapolis.

From there, brackets are established within each region, so that the teams ranked one to 16, compete against each other. Over the course of the following three weekends, teams are whittled down in single-elimination games until the regional semi-finals, which sees the remaining 16 teams in competition. Are you confused yet? The regional finals feature the remaining eight teams, which are then followed by the Final Four. The winner of those two games face off in the National Championship. Ta dah! 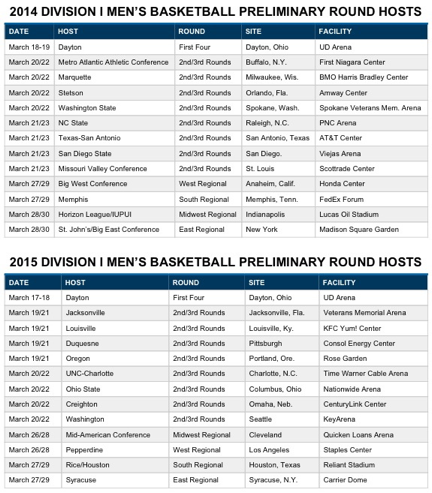 The Teams to Watch

ESPN college basketball analyst Joe Lunardi places Arizona, Syracuse, Wichita State and Florida as the four number one seeds for this year’s tournament. The lineup has collected a handful of NCAA Championship titles in the past, with Florida owning the 2006 and 2007 titles, while Syracuse and Arizona took top honors in 2003 and 1997, respectively. Lunardi’s picks for the number two seeds this year are Kansas, Creighton, Duke, and Wisconsin, all of which could take top seed status before the end of regular season play. As for his bet for the 2014 winner, Lunardi picks Arizona, which holds nearly double the percentage odds of a championship over his second place pick, Wichita State.

Keeping Track of the Madness

Live television coverage of the 2014 NCAA Division One Basketball Championship will be covered by Turner Sports and CBS Sports, which will divide the games across four networks (TBS, CBS, TNT and truTV). Turner and CBS also offers March Madness Live, with more than 150 hours of live streaming face-offs to online, mobile and tablet users through a variety of platforms, including CBSSports.com, GooglePlay and the Windows Store. So much coverage and so many competitions means that you’ll need a remote that can keep up with all the action. The Logitech Harmony Ultimate not only allows you to customize your favorite channel lineup in order to switch quickly between networks, but it also lets you control your home theater devices through walls. 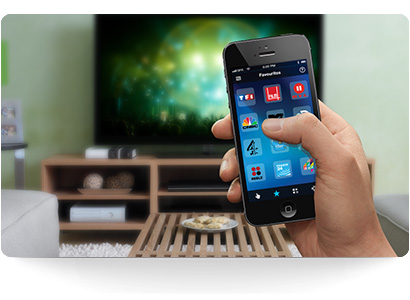 Which teams make your own personal Final Four? Let us know below.