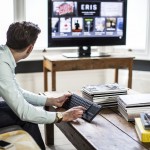 Three Ways to brilliantly blend your tech into the home Will Taylor, interiors author, journalist and blogger, has been used 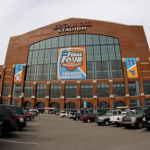 How to Keep Track of March Madness

March 18, 2014 Comments Off on How to Keep Track of March Madness

As American as baseball and apple pie, this month’s basketball madness has become a pastime that grabs the attention of

Tune in to Hollywood Award Season with Logitech

January 6, 2012 Comments Off on Tune in to Hollywood Award Season with Logitech

Awards season is practically here! You’ll have to admit, with the cooler weather keeping most of us indoors, it’s easy

November 3, 2011 Comments Off on November is Family Literacy Month: Help Your Kids Become Techno-Literate with Fun Apps and Tools

These days, learning to read goes hand in hand with learning to engage with technology. Here at Logitech, we encourage