Logitech G is intensely focused on delivering science that directly improves gamers’ experience. To us, science is all about questioning the status quo and asking “how can we make this better?” We love working with other companies that share this philosophy. Riot Games is definitely one of those companies. The explosive growth of League of Legends continually pushes the boundaries of eSports and is bringing in millions of new fans to PC gaming. We had a great time sponsoring last year’s League of Legends Season Two, so we are proud to announce Logitech G is continuing on in 2013 as the official Mouse and Keyboard sponsor of the League of Legends Season Three Championship Series.

“Our fans love Logitech’s gaming accessories, and we’re excited to have them back as a sponsor this year,” said Dustin Beck, VP of esports for Riot Games. “Plus, they have great rapport with the gaming community, which makes our partnership with them a natural fit.” 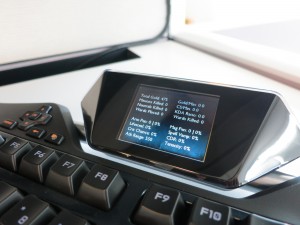 What does the sponsorship mean to gamers, beyond supporting exciting and fun eSports entertainment like League of Legends? For Logitech, sponsorships go beyond slapping a logo on a screen or hanging a banner at an event. We’ve been working closely with Riot over the past months to add some great capabilities to the Logitech G lineup, particularly for all you summoners out there. We’re happy to announce a series of hardware features now supported directly in the League of Legends client. New features include:

· All G-keys in our mice, keyboards and headsets are now selectable as bindable keys directly in the in-game interface.
· The multi-color LED lighting in our new Logitech G510s and G19s keyboards will switch to indicate the color of your team, including in colorblind mode.
· The Logitech G510s and G19s GamePanel LCD now displays constantly updating stats typically only available in the character subscreen, such as cool-down reduction, or stats not previously available, such as gold per minute.

We hope you’re excited as we are about these new features. Thanks to the Riot team for working so hard with us to make it happen. Stay tuned here for more updates on Logitech’s gaming sponsorships, and best of luck to all the teams in the League of Legends Season Three Championship Series! 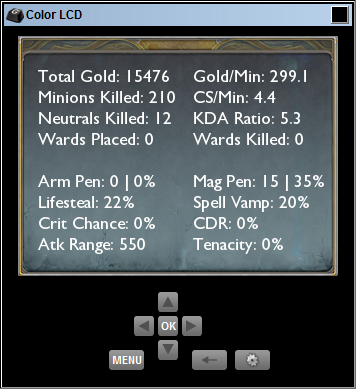 View all posts by Todd Walker →
Brand Manager at Logitech