It’s been quite a week for Logitech at CES 2013 in Las Vegas this year.

On Wednesday, we also participated in two panel discussions. Logitech Chief Marketing Officer Ehtisham Rabbani spoke on the panel “Where Tech Meets Fashion,” and Chad Thompson, Logitech’s worldwide director of marketing, participated on the panel “Three Trends that are Redefining the User Interface.”

In addition, to helping hundreds of show-goers quickly get between their hotels and the Convention Center, Logitech has been hosting a Twitter sweepstakes, giving away one product every hour of CES. The good news is you still have until 4 p.m. PT today to tweet with #LookforLogitech for a chance to win.

Some of our highlights from the week are captured in the photos below. Tell us in the comments, what was your favorite part of CES 2013, and did you “Look for Logitech?” 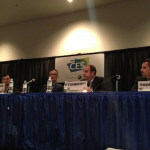 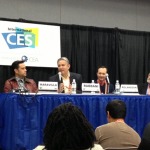 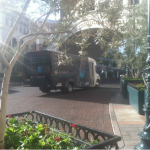 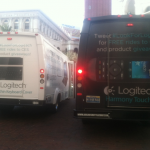 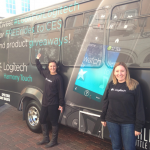