When the Digital Home Team created Logitech Revue, it was to take full advantage of cable and satellite programming – not replace it. But as someone who gave up cable a few years ago and someone who was excited about Revue, I couldn’t resist getting one anyway. 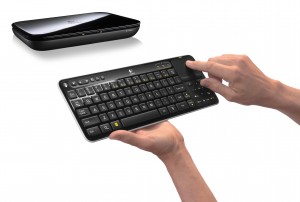 Since there have been a lot of questions about how it works if you don’t have cable or satellite, and even though Logitech doesn’t officially recommend it, here’s how it’s worked for me.
Getting it ready:

And then, I was good to go.

Now, my family takes turns showing each other YouTube videos (“Harry Potter Puppet Pals” is a big hit), watching “Buffy the Vampire Slayer” with my vampire-loving daughter (every episode is on NetFlix Watch It Now), or watching the latest episode of “The Vampire Diaries” on The CW’s website, I’ve got a living room that’s whole lot more social.

And that’s not even including video calling my family in the Midwest on their computer webcams right from the couch – which is also social and entertaining. 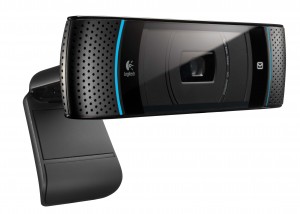 The amazing, seamless entertainment search (which I think is the truly killer app) isn’t nearly as impressive when you don’t have 1000s of channels. But it’s still transformed our living room. Perhaps I’ll add DISH once my daughter’s old enough for “True Blood.”