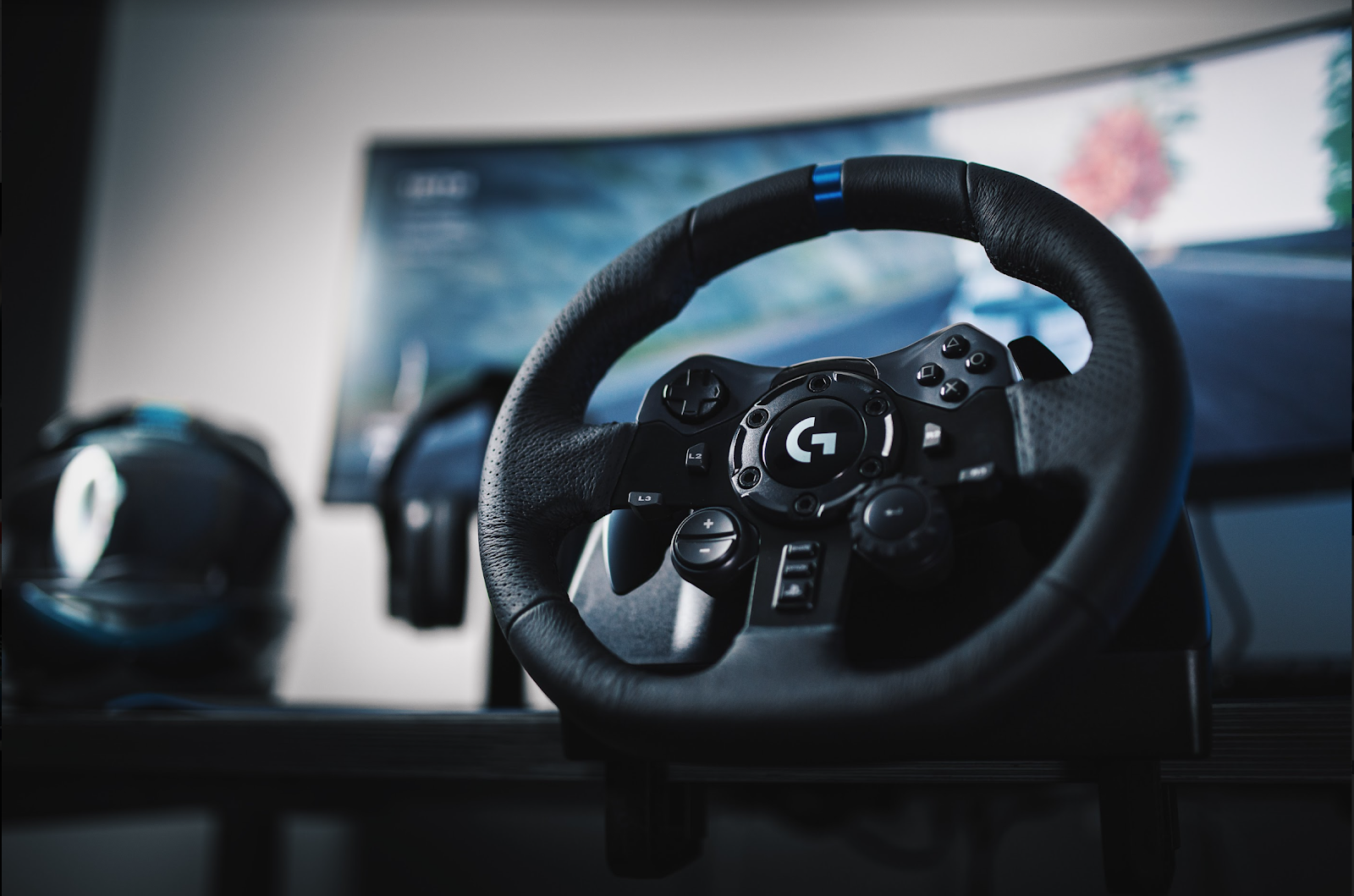 Today we are excited to announce our latest advancement in higher fidelity sim racing: the Logitech G923 racing wheel and pedals featuring our new TRUEFORCE technology.

With our new TRUEFORCE technology, we are fundamentally changing the last 20 years of Force Feedback design.  Fusing the popular design of the original that many sim racers have come to love with the next evolution in force feedback, we’re enhancing the experience for drivers, and giving them the ability to feel changes in road surface, grip, tire squeal and more.

For the past 5 years, we’ve been working on a better way to recreate the sensations that sim racers feel through the wheel. We started by taking a long, hard look at how force feedback works. Current force feedback technology forced game developers to manually re-create the feel of each car leveraging a library of haptic effects. This is like an artist trying to create a photorealistic picture using only crayons — it’s possible to get close but it’s a lot of work! Developers’ techniques have improved over the years but a layer of abstraction remains between what’s happening to the car and what the racer feels from the wheel.

With TRUEFORCE, we decided to approach force feedback from a different perspective. Developers already have poured enormous amounts of work into their physics engines to make the cars feel as realistic as possible – why not honor that work and speak directly to it? That is what separates TRUEFORCE from the rest; it works directly to the physics and audio engines within the games, processing all of this information internally at up to 4,000 times a second. The result is an unparalleled level of realism. Sim racers will feel everything: specific engine rumbles, the feel of the road, the car’s weight as it drifts around a turn, and more.

KUNOS Simulazioni, developer of Assetto Corsa Competizione, updated their tire model while implementing support for TRUEFORCE and told us they could actually feel the difference it was making because of the fidelity of TRUEFORCE! This heightened realism provides real world benefits – especially for those focused on performance.

TRUEFORCE has the potential to revolutionize what’s possible in racing games. Much like making the switch from a standard definition TV to an HDTV, once players make the change, they’ll never go back.