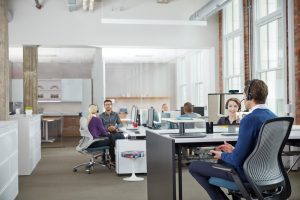 As I’ve discussed before, video conferencing is a strange technology in many respects. It’s basically the only workflow application I can think of that is effectively still optional in many organizations today. Many still consider it completely acceptable to decide to not switch on your webcam during a meeting. I don’t believe that’s unreasonable, but it is unique. After all, if I decided I didn’t like using email or my phone, I think it would be safe to say my tenure would be a pretty short one at most modern organizations.

What is also interesting about video collaboration technologies is how binary most organizations are with it. It’s either widely used, or barely used at all. There seems to be little middle ground.

For IT departments installing this technology this can cause some angst. They are unlikely to want to invest in a technology that users are not prepared to use, but equally if they fail to invest enough to deliver a good experience, they can almost guarantee it will become the latest in a long line of white elephants.

And let’s not fool ourselves on this. Video conferencing solutions have a long history of initial excitement followed by disappointment and a slide into obscurity, before the whole cycle starts again with a new intuitive. My own experience has been with many organizations trying numerous times for more than 10 years before they managed to make video conferencing stick in the company’s culture. I believe it to be one of the primary reasons that the penetration rate in meeting rooms of this technology is still under 3 percent.

So what can we do? Probably the most important thing to do is to give users what they actually want:

Workers want a solution that fits within the workflow and applications they are familiar with. So for example, if the organization is a Microsoft environment, then a Skype for Business solution is probably the easiest to “sell” to the organization. Or if a Google environment, then perhaps Hangouts might be most suitable. And there are plenty of other nicely solutions like BlueJeans, Zoom.and others that are easy to use and can integrate nicely into any organization. .

If the only time the users get to use the technology is for a highly important meeting with senior management, then the pushback will likely be more noticeable (and who can blame them?). It’s much more effective to encourage casual meetings for friends and colleagues to drive increased adoption. Using video for groups of users in different locations to interact, get to know each other, and “chew the fat” is a great way to make people feel more comfortable.

For many people, walking into a meeting room and starting a video conference, on a device they barely ever use can be a nightmare. Many of us are simply not prepared to try. The fear of public humiliation is real, and many people simply will not allow themselves to be put in that position. By having the same or at least a very similar experience at the desk, as well as the meeting room removes the risk and associated stigma. Users are far more likely to use technology they feel comfortable with.

Many suppliers of technology will swear blind that their new widget is the simplest to use, and somehow intuitive for any intelligent user. History have proven a thousand times that their is no such thing as intuitive because the definition of intuitive varies across populations. Just ask any baby boomer how intuitive Snapchat is, and you’ll get a very different answer than you’ get from a Gen Z’er. Certainly some devices are easier than others to master, but there is always a learning curve with something unfamiliar. And video conferencing, with all its importance and public nature, is simply the last place anyone wants to go through the learning curve.

People who feel comfortable with technology, know how to use it, and have experience enough to know that seeing others has huge advantages are most likely to gravitate toward the technology. Once a few trailblazers get the bug for video, the rest of the organization should quickly follow. On the flipside, if it’s only sold as a technical product and the human factors ignored, then it is a recipe for failure until the experiment is tried again.And that is why video is almost always all or nothing.

What’s the adoption like in your organization? I’d love to hear from you.