It’s been a week of announcements for Logitech! This week, we introduced the fastest gaming mouse ever made, the Logitech G402 Hyperion Fury Ultra-Fast FPS Gaming Mouse, and the Logitech USB Headset H750e, an affordable headset that offers crystal-clear communication in the workplace. Additionally, Logitech announced “Together We Game,” the first-ever crowd-sourced video game project of its type by a consumer brand, where we want you, our fans, to decide the characters, environment, weapons, rules and more. Read on to learn more…

SlashGear was the first to go hands-on with the Logitech G402 Hyperion Fury Ultra-Fast FPS Gaming Mouse, noting the quality build of the mouse in addition to its super-fast speeds. Around the world, IGN Netherlands, PC Perspective and Eurogamer.dk also wrote about the announcement; check out what they had to say about the “World’s Fastest Gaming Mouse!” 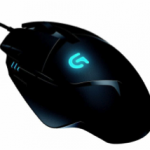 Ever wanted to create and build a video game? You now have a chance with “Together We Game.” USA Today broke the news and BetaNews shared in the excitement by stating, “…my dream of contributing to a video game is alive and well.” 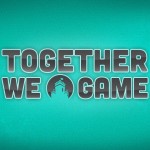 The new Logitech USB Headset H750e was featured in an article on TMCnet that noted, “With workplaces constantly changing, there has been an accelerated demand for software and headsets; while the transition to a softphone is almost automatic, the search for a good affordable headset that’s tuned to unified communications platforms isn’t easy. However, Logitech has a new comfortable one lined up that might just suit their needs—the USB headset H570e.” 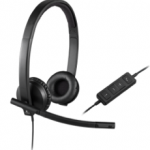 Some of Logitech’s smartphone accessories were also in the news this week, including the Logitech Bemo, a social sharing camera, which was highlighted on a FOX News’ Tech Take segment about wearable technology. And, the Logitech Protection+ for iPhone 5s was highlighted on Technology Tell for its ultra-protective abilities, perfect for those clumsy days. 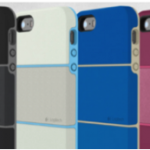 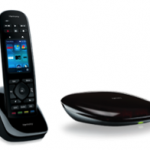