If you’re like us, you’ve already got your mind set on 2014’s PC game releases, and there are quite a few we just can’t wait to get our hands on. So, instead of being overwhelmed by the  impending mother lode, let’s take a look at the highlights of the most hotly anticipated PC games due out next year. 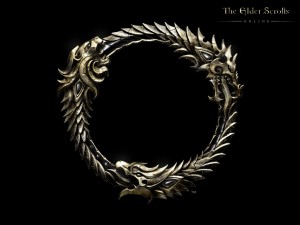 Who hasn’t fantasized about stepping inside a massive robot to lay waste to their enemies? PC gamers will have a chance to fulfill that fantasy in next year’s Titanfall. Created by the two original creators of the Call of Duty: Modern Warfare, this futuristic sci-fi first-person shooter has every gamer’s trigger finger twitching in anticipation of frenzied multiplayer matches. Better set the correct DPI (dots per inch) on your Logitech G700s Rechargeable Gaming Mouse for precision aiming before Titanfall arrives in stores on March 2014.

It’s been 10 years since the last Thief game, and fans of the original series couldn’t be more excited about this reboot. Players will once again take control of master thief Garrett, slinking around dark cobblestone streets, looking for heavy coin purses. The franchise reboot will also benefit from a huge graphical facelift since 2004’s Thief: Deadly Shadows, featuring more realistic environments and eye-popping detail that will make hiding in the shadows visually immersive. Thief is currently slated for a February 2014 release.

The most sadistic gamers will be eagerly preparing to die as they anticipate the arrival of Dark Souls II, the latest addition to the hardest yet most satisfying game series in recent years. The PC port of Dark Souls had its flaws, but From Software promises to deliver a proper PC version for the sequel. Although console gamers will receive Dark Souls II first, PC gamers luckily won’t be waiting long since the Japanese role-playing game will be available shortly after its release for Xbox 360 and PS3 consoles in March 2014.

Remember to mark April 4, 2014 on your calendars; that’s the day you’ll quit your job to start playing The Elder Scrolls Online. Just the thought of spending hours creating your character or exploring the continent of Tamriel will give any serious fan of MMORPG (massively multiplayer online role-playing games) some serious goosebumps. With the inclusion of player versus player arenas filled with hundreds of other characters, the 13 programmable controls of the Logitech G700s Rechargeable Gaming Mouse will surely come in handy.

The imaginative world of the Witcher series will be taken to a whole other level in The Witcher 3: Wild Hunt. Now set in a vast, multi-region open world, The Witcher 3 will offer gamers unfettered freedom to explore the King of Temeria’s crowded cities, fallow farmlands, dense forests, and murky marshes. The combat now looks more fluid and cinematic, offering a visually impressive spectacle as the series’ anti-hero Geralt fights off multiple enemies and menacing monsters. The Witcher 3 is set for release sometime in 2014.

What are you looking forward to playing the most this New Year? Did we leave any out? Share your thoughts in the comments!