The 65th Primetime Emmy Awards honored several stars from the shows we all love most – “Downton Abbey,” “Glee,” “The Newsroom” and “The Big Bang Theory,” to name a few. However, before the stars walked the red carpet or received their Emmy, they stopped by the 2013 HBO Luxury Lounge® to check out mice from the new Logitech Eye Candy Color Collection, along with some of our latest tablet accessories.

The pre-Emmy event was jam-packed with nominees and other favorite stars all weekend long.

One of our favorites, George R. R. Martin, author and producer of “Game of Thrones,” came by, and we, as you can imagine, geeked out. 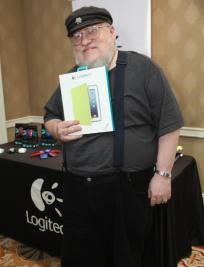 Emmy winner Jeff Daniels of “The Newsroom” stopped by before his big win and checked out our folios for the iPad mini. 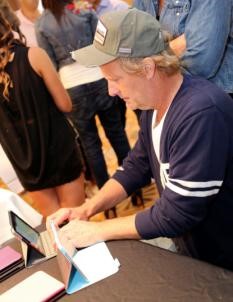 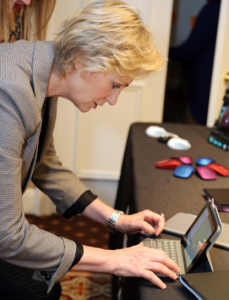 And RJ Mitte of “Breaking Bad” popped in to check out the new Eye Candy Color Collection – he picked up the Logitech Zone Touch Mouse T400. 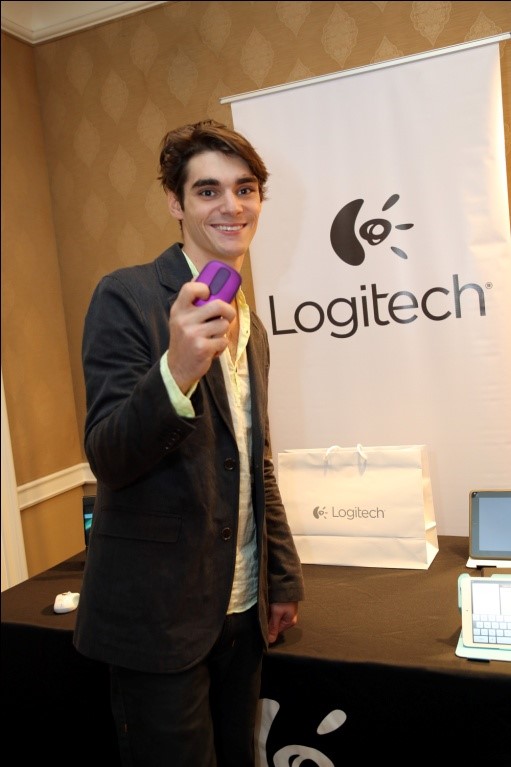 Plus, all the judges from “Dancing with the Stars” stopped by, and we learned that Carrie Ann Inaba loved the Logitech Protective Case for iPad mini – in pink, of course: 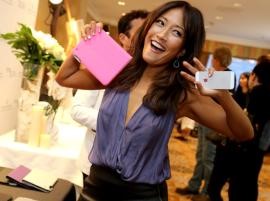 Before winning Outstanding Supporting Actor in a Comedy Series (and grabbing headlines for his in-character on-stage antics as Julia Louis-Dreyfus accepted her Emmy), “Veep” star Tony Hale picked up a bag full of Logitech’s latest products. 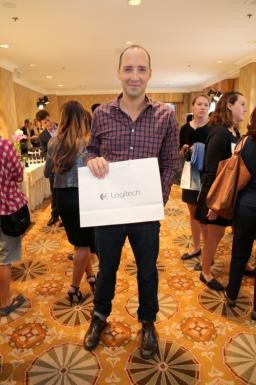 Check out some of the other shots from the weekend: 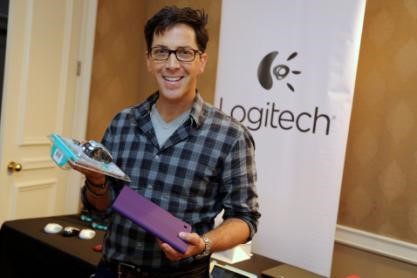 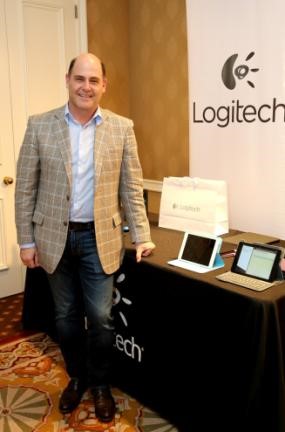 Emmy nominated Christine Baranksi from “The Good Wife” and Jeff Garlin of upcoming “The Goldbergs” caught up in front of the Logitech showcase. 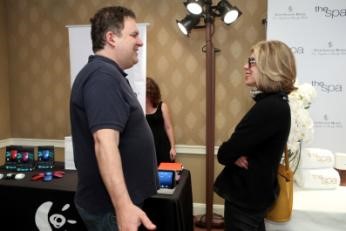 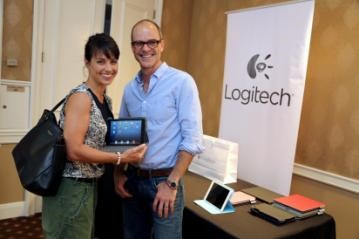