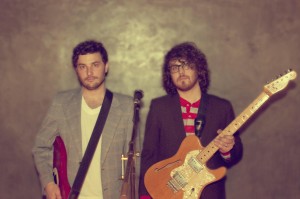 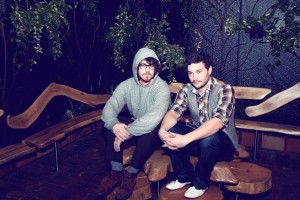 Our Ultimate Ears Artist to Watch for September is indie pop duo Dale Earnhardt Jr. Jr. They are having a great year with the release of their first full-length album as well as landing a spot at Lollapalooza Festival last month.  The two main band members, Joshua Epstein and Daniel Zott are products of the Detroit music scene which is producing more and more great artists as of late.  Although they are not big NASCAR fans as their name might indicate, they do wear NASCAR suits complete with Cheerios and Lysol ads when performing live which ads to their uniqueness. 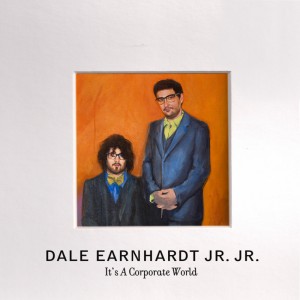 What is more amazing then their well-earned success is the fact that the band exists because of unbridled creativity and bravery. In late 2009, one of the band members saw the other perform and was impressed. So he took a chance and called him out of the blue the next day. They didn’t know each other and they didn’t have mutual friends or even mutual interests – but they took a chance and got together to see if anything could emerge from their union. Thankfully for us – something did.  Sometimes saying yes to unknown opportunities is the hardest thing to do. And while any success is never a guarantee, there is never harm in saying that you gave your best effort and tried. Sometimes magic just happens.