We caught up with Sébastien Pellicano, WRC 2 producer at Milestone, this week to get the details on the upcoming launch of WRC 2. We’re (of course) dying to test it out on our wheels – we hear the physics model is awesome. Check out the interview below for answers to some of our most burning questions and a preview of the WRC2 Steering wheel configuration. 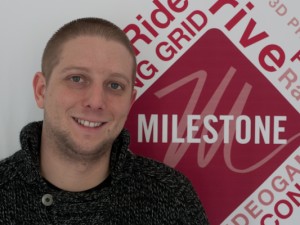 What are the major new features of WRC2?

First of all the game includes the entire WRC 2011 official season, with the entry of all the new rallies and rosters. The players will be able to enjoy the new vehicles of the premiere class ( Citroën DS3 WRC, Ford Fiesta RS WRC & Mini Countryman WRC) and a group of new cars taken from 90’s era (like Lancia Delta Integrale HF ’91 and Toyota Celica Turbo 4WD-’92). The career mode (“The Road to the WRC”) has been expanded a lot, giving the player the chance of managing a lot of different sections of his team: he can now manage the R&D of his cars and the contracts with the sponsors, his crew and the official WRC teams.

Furthermore, the game has been expanded with 2 new kinds of races: the “Super Special Stages (SSS)” and the “Urban Races”. SSS are head to head competitions where two cars compete simultaneously across two parallel lanes in closed circuits like arenas and stadium. “Urban Races” are special time trial events held on the roads of the most spectacular cities of the world. 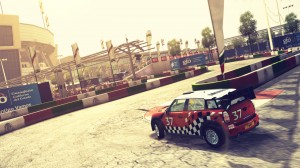 It is a big challenge to release a game at one year intervals. How did you prioritize which items to do in that limited time?

We started by collecting the feedback from the WRC players and fans in order to focus on major improvements wanted by the community.

The team worked hard to enhance the WRC appeal and to give more fun to the player. The graphical part was our first priority to provide realistic environments and awesome visual effects.

Then, WRC 2  gameplay has been totally revamped to allow both hardcore simulation players to enjoy a real driving experience and new drivers to have fun while learning how to drive a Rally car by customizing all driving aids available (from the car stability to the automatic handbrake).

The last but not the least, the AUDIO. Each car sounds (engine, turbo, transmission) have been recorded from the associated auto model in order to give the player the feeling of being driving the real car he is actually playing.

How important is it for new players to go through the “Rally School”?

I think it’s the best (and funniest!) way to learn how to control the cars. This year we have built up the lessons on more levels, starting with the less powerful cars to end with the monsters of the Group B era. For every group of cars the player has to learn how to master the different surfaces (Snow, Tarmac, Gravel, etc.) and how to faces certain types of track sections (hairpins, fords, etc.). Once the player has passed the basic level of this lesson, he has the chance to challenge the ghost of the “boss” of the Rally School: in this way the game mode can be exciting also for experienced players!

Obviously on consoles lots of players will use a gamepad. What type of support can steering wheel users expect?

By choosing to race with a Logitech steering wheel instead of a common controller, the gamer chooses to get more involved in the actual control of the car and to get more linked to every reaction simulated by the physics model. Even if gaming with a pad provides a balanced and smooth gameplay suitable for both newbies and pros, driving with a wheel takes everything to an upper level. Indeed, only the steering wheel lets the player feel in his hand all the physics force that are applied to the whole chassis, suspensions and steer.

For example, the physics model delivers to the steering wheel different forces that let the driver understand what the four wheels are doing: counter-steer is more predictable because of the torque applied to the steering wheel that give a hint about which maneuver is the best to do in order to control the car. Also, the compressions and extension applied to the suspension deliver rumble and shacking to the steer. Again, balancing the correct steer amount is more natural due to the force feedback and resistance applied to the wheel that allows the player to take every corner with the precision that is needed in real life to be a great rally driver.

Last but not least, everything is more physical because the player can feel all the effort and fatigue that are needed to drive such cars in real life. In this way, the gaming experience becomes more a virtual training than a simple way to relax yourself after a hard working day.

Can you provide our readers with a gameplay tip? Something that will improve their experience?

To satisfy the requests of the players, this year we have created some tracks with very narrow sections and, most important thing, very narrow hairpins. I think that this year handbrake fills a more important role and managing this driving technique on narrow hairpins can boost the speed on the Special Stages a lot. And by the way, sliding and raising a lot of dust is always funny.

When and where can folks buy the game?

WRC 2 – FIA World Rally Championship will be available on PS3, Xbox 360 and PC in mid-October. 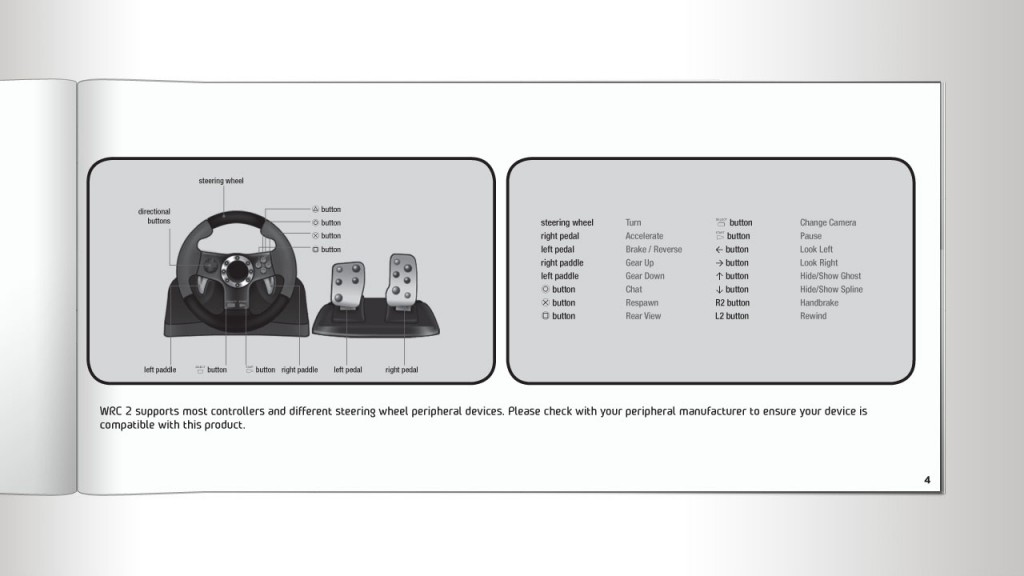