I got the chance to sit down with the CEO of Wargaming, Victor Kislyi, to talk about their newest game, World of Tanks.  World of Tanks is the first and only team-based massively multiplayer online action game dedicated to armored warfare, and is the latest game to be supported on our Game Panel LCD.  It’s currently in beta here in the US, and I asked Victor to tell us more about the game and how you can get involved with the Beta program.  Check out the Q&A after the jump. 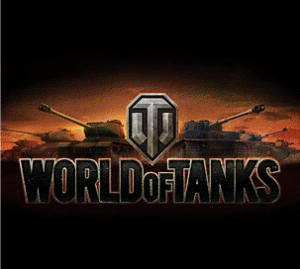 Can you give short description of the game?

World of Tanks is a team-based MMO action game fully dedicated to steel war machines developed and produced in 1930’s – 1950’s. The game features more than 100 armored vehicles from America, Germany, and the Soviet Union, and will be constantly enlarging its tank fleet by both expanding the currently existing nations and adding tanks from Britain, France, and Japan.

Every nation has its own tank development tree divided into several branches according to a vehicle class, which lets every player choose their own path of development. Whether you prefer to exhaust your foes with fast and agile light tanks, flank enemy lines with all-purpose medium tanks, use the force of heavies to eliminate hostile defenses, guard your rears with tank destroyers, or become a heavy sniper with long-range howitzers, each unit type has its own advantages and can become a deadly weapon in the hands of a true tank ace.

There are 10 tiers of vehicles, and you start with a tiny tier 1 tank. As you play, you gain experience and credits, which allow you to explore and buy better modules for your machine and as a result jump to a next tier vehicle. Thus, you can reach a tier 10 steel monster with the thickest armor and a hugely powerful weapon.

Currently, the main game mode is the random battles, where the game balancer picks 30 people and puts them into two opposing teams, which differ with vehicles list but are equal in overall power. Your main goal here is to either destroy all hostile tanks or capture an enemy base. In a couple of months World of Tanks will feature the Clan Wars mode where thousands of players will join clans to fight for the global domination on the world map. This is a feature long-awaited by our community, and it will definitely add even more fun to the gameplay.

The beta has been rolled out on a regional basis. In which regions is it now available? And what is the plan for the coming months?

At the moment we have the Russian version, which went off to release about four months ago, and the numbers it shows are impressive — the total amount of active players now exceeds 350,000 people, with PCCU closing up to 50,000 players. There’s also the Western closed beta, where players from around the globe keep joining tense tank warfare. Right now all the gamers are connected to the single cluster in North America, but we are launching a new cluster in Munich, so that people from Europe and nearby territories can play more comfortably with smaller ping numbers.

As for other regions, separate clusters will be available for the Middle East and Asia, with more territories joining later.

How do you strike a balance between realism of tanks physics and capabilities, versus being a fun experience for beginner player?

In the very beginning we didn’t want to create a hardcore simulator. Instead, we intended to develop our own concept, which would embody a mixture of real life simulation and arcade simplicity. That’s why you basically need just four keys on your keyboard to move your tank and a mouse to aim and shoot. But at the same time, tanks have different armor angle and thickness, different guns and turrets, radio range and engine power which they had in real life, whereas disposition of ammo racks, fuel tanks, and even crew members fully coincides with historical data.

Of course, the world has seen some truly epic simulation gems, such as IL-2 or Live for Speed, but that’s not what we wanted our MMO project to be like. We wanted the gamers to come to World of Tanks and experience the best of short, dynamic and action-packed battles. And judging by the number of active players in the Western closed beta and not a single negative preview from the press, we’ve managed to find a golden middle between a sim and an arcade.

What are the recommended system specs for playing the game?

The recommended specs are the following: