I knew the day would come that I’d have to move out of the Logitech Loft LA—I just didn’t realize it would arrive so quickly! After weeks of hosting some really fun events in the penthouse, I packed up my things, said my goodbyes to the friendly security team, and waved sayonara to the loft.

Today, I’m in New York City. That’s right… I switched coasts on you. I’m getting settled into NYC life, and I’m really enjoying it. But I will admit that there’s been a sadness. Some kind of separation anxiety. It’s not the palm trees, or the sunshine, or paparazzi that I’ve been missing—it’s my beloved Logitech Revue from the loft. How can I live without YouTube Leanback? How will I be able to browse my Netflix queue on my television? Oh, the humanity! 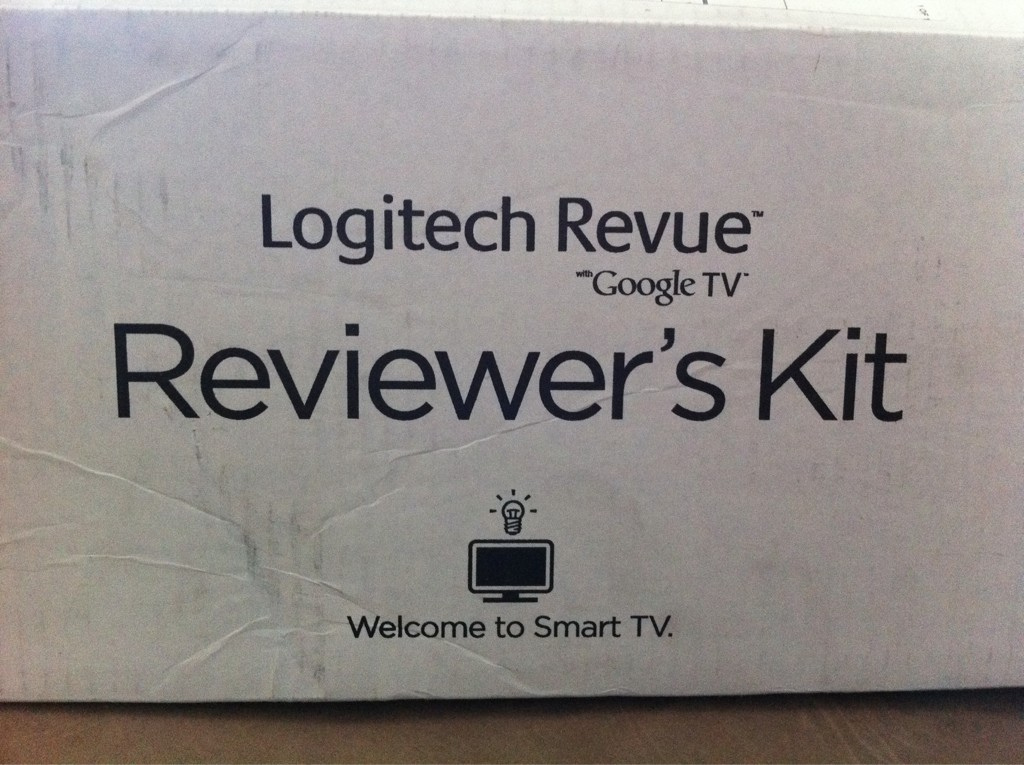 Thankfully, Logitech was kind enough to ship a unit out to me in NYC. I was psyched to get the package in the mail, and I prepped myself to actually setup a Logitech Revue unit for the first time (as the friendly Logitech staff had set everything up for me in the loft). About 2:07 PM in the afternoon, I tweeted that I was going to start the setup. And at 2:10 PM… I was done. I just had to plug in 2 cables, and the install was complete! Most of that 3 minutes was just spent digging into the box and undoing twisty-ties. I spent the next 10 minutes or so going through the Google TV setup prompts, and then I was totally ready to go. Browsing the web, searching TV, Vid HD calling, and Napster-blaring, Logitech Revue was officially in my home. 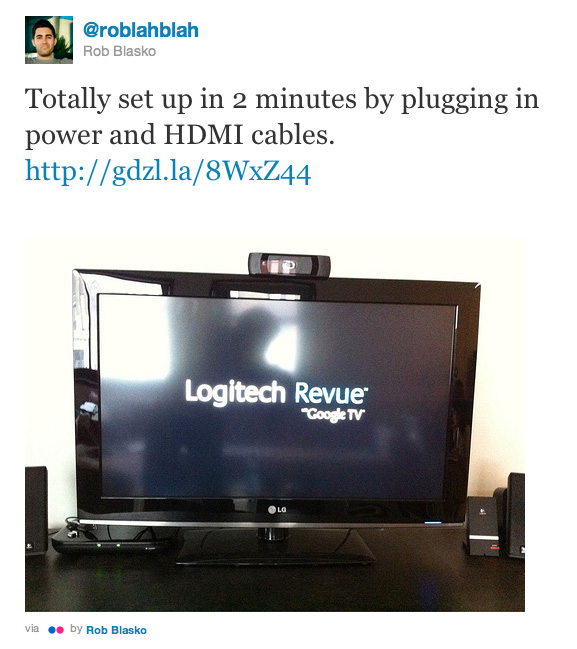 Life since I reunited with Logitech Revue has been pretty great. The holidays are coming up, and Christmas music is already rocking in my house—courtesy of the pre-installed Pandora application. And holiday movies are starting to make their way into my NetFlix queue, so I’ll be in total eggnog heaven shortly. Next step is to figure out who in my family has been nice enough this year to maybe give them the gift of Logitech Revue. Even if I can’t be sitting with all my family on Christmas morning, I can certainly join them with some Vid HD calling, right?