Today’s top tip to help you look your best on video: invest in a good webcam. It’s that simple. But don’t just take that at face value – read on to learn why. 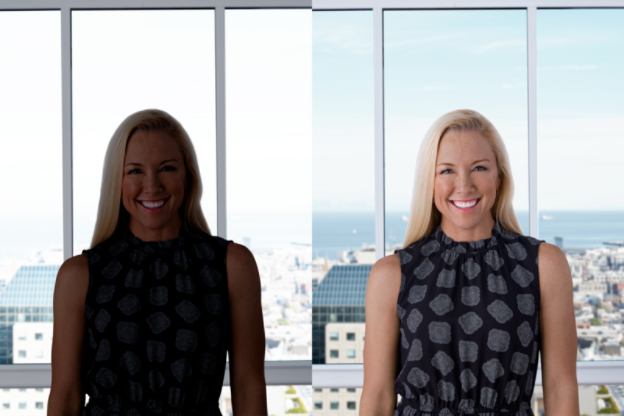 Desktop video conferencing seems both increasingly ubiquitous and completely optional. Solutions like Microsoft Skype for Business, Cisco Spark, Zoom, and all the rest are making the mass deployment of desktop video a practical and inexpensive solution for the majority of businesses.

The unfortunate thing is that many people are opting out. This could be for any number of reasons – from a lack of comfort with video in general, to a lack of confidence in your video appearance (especially if you don’t have a good video setup. It’s often easier to skip video than to invest in making a positive first impression. And we all know that first impressions matter. If  users feel they don’t look good on video for whatever reason they will simply opt out of using it, who can blame them?

There are countless articles that provide tips for looking your best on video. But the truth is, webcams, and particularly cameras built into laptops, play a major role in how you appear on video. Why? Consider this… not only are built-in webcams low resolution, but the angle is often far from flattering – providing the so-called nostril cam effect. After all, when was the last time you thought you looked good in a photo taken at close range from below your chin?

The other big problem with cameras has been lighting. In purpose-built video conferencing environments, even in huddle rooms, the lighting and background are typically well controlled. Walls are often painted, the lighting level high, and consistent. Bright sunlight is often avoided, or the rooms not used at a time of day when it’s a problem.

None of these things apply to webcams, however. Tablets, laptops and fixed PCs are all forced to live in the real world, where the user might be in an open plan office, or a dark hotel room, or with sunlight streaming in behind them, or on the side of their face.

Logitech have got rather a lot of experience with webcams and felt this was a problem that needed solving. The latest webcam from Logitech, BRIO, has a technology known as Rightlight 3 with HDR. This technology works in a similar way to those spectacular HDR photos you see. Instead of the bright bits being blown out, and the details in the dark areas lost, it automatically compensates. So sunshine doesn’t destroy the image quality, and low light doesn’t make an impossibly dark image.

The real power of the BRIO experience is that the users actually look their best on camera. This is a hugely important step because users who are comfortable with how they look, are far far more likely to actually use the technology the organization has invested in.

I strongly believe video collaboration should always be optional. The key is not the stick of requirement, but the carrot that they will gain more from their interactions, and feel more like part of the team. There are numerous of studies showing how so much of human communication is nonverbal. Video conferencing builds trust by bringing these nonverbal cues to any call, and  it’s high time we unleash this, while making people feel as comfortable as possible.