Game Developers Conference (GDC) Online, known in past years as simply GDC-Austin, was rebranded this year. As its new name suggests, the event this week featured conference sessions and exhibits focused on connected gaming and communities — whether through PC, mobile or living-room platforms. Though more topically focused this year, there is still a local flavor for sure — an opportunity for up-and-coming Texas-based developers and big publishers to engage, make deals and show off the latest in both gameplay and underlying tech. 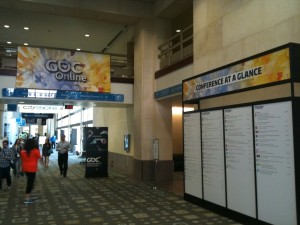 Of course, we’re always on the lookout for interesting developments in the industry and upcoming games with promise. Here are a few items I’ve come across while at the show.