Best Practices for Choosing the Right Webcam for a Telehealth Project

July 22, 2014 Comments Off on Best Practices for Choosing the Right Webcam for a Telehealth Project

While America continues to untangle its complicated healthcare options, telehealth has emerged as a viable option for affordable and accessible 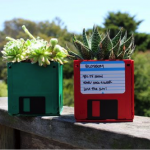 22 Ways to Second-Life Your Tech

In honor of Earth Day, we are sharing 22 of our favorite upcycled technology curated from our Reimagined Tech Pinterest board.

September 29, 2013 Comments Off on The Entrepreneur’s Dream Office Set-Up

Success, as they say, comes when preparation meets opportunity. One important aspect of showing you’re prepared is looking the part 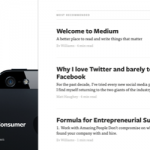 Ferris Bueller knew what he was talking about when he opined, “Life moves pretty fast. If you don’t stop and