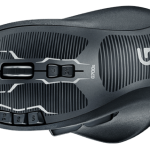 This week, some our newest products, like the Logitech G700s Rechargeable Gaming Mouse and Logitech FabricSkin Keyboard Folio, were featured

With St. Patrick’s Day just around the corner, it’s time to start thinking about how to celebrate! The annual holiday