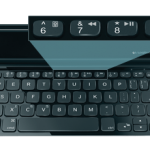 Whether you’re a proud owner of the iPad®, the iPad® mini or both, we have great news to share. Today,

Introducing the Perfect Partner for your iPad mini

February 5, 2013 46 Comments on Introducing the Perfect Partner for your iPad mini

If you love your new iPad® mini, we have news for you! Today, we’re happy to announce that we’re bringing