With over 16 million players worldwide, Final Fantasy XIV is one of the best MMORPGs available today. As a preferred gear partner of the game’s latest expansion, Shadowbringers, the team at Logitech G has joined forces with the game’s developer Square Enix to develop some amazing integrations to help players KEEP PLAYING as they dive into the world of Eorzea.

With the release of Patch 5.1: Vows of Virtue, Deeds of Cruelty, Square Enix has updated the game with a host of new content, including a new Alliance Raid Dungeon, a 4-man dungeon, a new Extreme Trial, Beast Tribe Quests and more. Also included as part of this update is the ability for players to change their sound equalizer settings, including a special setting for headsets containing Logitech G’s PRO-G 50mm audio drivers, including the Logitech G935, Logitech G635 and Logitech PRO X Gaming Headsets. 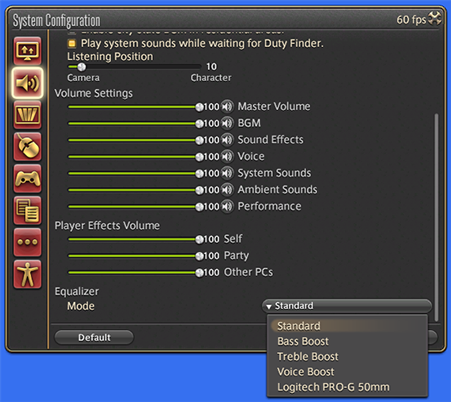 Updates to the game’s LIGHTSYNC RGB technology, including additional support for G560 speakers, are also included. These updates will use the G560’s LIGHTSYNC RGB to notify players when they’ve incurred enmity, when the Limit Break or Adrenaline Rush meters have filled or when a Limit Break or Adrenaline Rush is in activation. Players experience action-driven lighting in Final Fantasy XIV with any of Logitech G’s LIGHTSYNC-enabled products.