Did you get lucky with Logitech this week? Whether you were out celebrating with family and friends, drinking green beer at an Irish pub or searching for a pot of gold at the end of a rainbow, we hope all of our fans had a fun-filled St. Patrick’s Day!

Read on to hear about some of Logitech’s products that hit the jackpot with media this week: 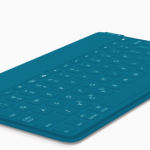 ZDNet contributor, James Kendrick, featured the Logitech Keys-To-Go in an article titled, “10 Portable Keyboards for iPhone, iPad, and Android.” James recommends 10 portable keyboards for iOS and Android that can turn your mobile device into a productivity tool, especially when working on the go. He’s a fan of the Logitech Keys-To-Go because it is, “…barely thicker than the cover of a paperback book” and mentions that it, “…is easy to slip into a pocket on any bag.” 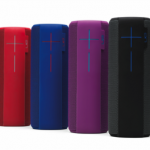 We know St. Patrick’s Day just passed, but the middle of March means that spring break is around the corner. Ryan Loebe, a reporter at AZ Tech Beat, featured UE MEGABOOM in his list of top bluetooth speakers to pack for a Spring Break getaway. He says, “The UE MEGABOOM can blast your favorite tunes while you’re laying by the pool or at the beach,” and suggests pairing “multiple UE BOOMs around the house for a maximum experience of ear-intriguing sound.” 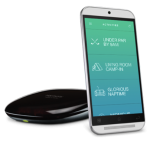 TIME reporter John Patrick Pullen featured the Logitech Harmony Home Hub in his article on connected protocols titled, “Everything You Need to Know about Smart Home Networking.” He goes on to explain how the Logitech Harmony Home Hub is the perfect solution for individuals looking to control their “separately-networked smart home products.” Patrick includes quotes from an interview with Logitech’s principle engineer and architect, Chris Coley, to help distinguish the features associated with Wi-Fi, Bluetooth, Zigbee and Z-Wave. 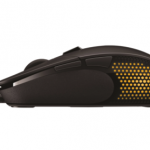 Josh Shaw of GameSpot posted a quick video review of the new Logitech G303 Daedalus Apex Performance Edition Gaming Mouse. Josh calls the mouse “great” and recommends it for people that grip the mouse with their fingers, rather than by applying pressure with their palms. He also notes that the buttons are “distinctly light” and “quick on the draw.” Check out his video for the full review!

Lastly, Simeon Cortezano, a gaming expert at the Boston Games Examiner, posted about his experience with the Logitech G303 Daedalus Apex Performance Edition Gaming Mouse. After testing the mouse, Simeon concluded that Logitech G really takes care of its customers and listens to its community.