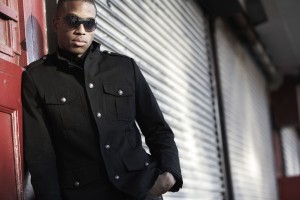 If you’re wondering where the name “Trombone Shorty” comes from, envision a young Troy playing a giant trombone and you get the idea. He has been featured on HBO’s new show – Treme and he also appeared with Mos Def and Lenny Kravitz for the Gulf Aid concert with the new song “Ain’t My Fault”. In addition to this, he has also played with bands like U2 and Green Day.

His rare talents and immense promise inspired the organizers of the New Orleans Jazz & Heritage Festival to pick him as the subject of the fest’s annual Congo Square official poster. In 2009, at 23, he became the youngest artist ever to be pictured on a poster – the next youngest was Wynton Marsalis, who was featured at age 41. “Shorty possesses the rarest combination of talent, technical capability and down-home soul,” said Marsalis of Andrews. “I’m his biggest fan”.

We encourage you to experience some of Shorty’s music at UltimateEars.com or visit: http://tromboneshorty.com/