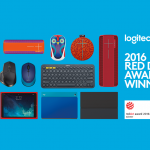 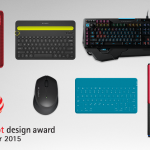 Continuing with our award-winning year, Logitech is delighted to announce that six of its products have been recognized with a