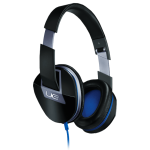 This week, some our favorite products, from gaming to PC peripherals, were featured in Mother’s Day gift guides and product 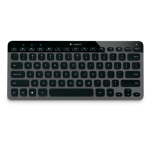 This week in Logitech in the news, the Logitech Ultrathin Keyboard mini received reviews from popular Apple blogs, Today’s iPhone

Lifehacker.com recently asked their readers to nominate the best iPad keyboard. We’re excited to share that the Logitech Ultrathin Keyboard

It’s hard to believe that it’s almost that time of year again. No, not the holidays; CES! We’re already hard

Oktoberfest Celebrations around the World

September 27, 2012 Comments Off on Oktoberfest Celebrations around the World

Oktoberfest is well underway, and you know what that means – ornate costumes, loud music, and food and libations galore!

Logitech Solar Keyboard Folio Guest Stars on Two and a Half Men!

September 27, 2012 Comments Off on Logitech Solar Keyboard Folio Guest Stars on Two and a Half Men!

The Logitech Solar Keyboard Folio has been available for a few months now, and we’ve been thrilled to see your