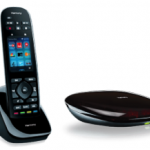 This week, Nest launched its Developer Program, and, as one of the first brands to be a part of the