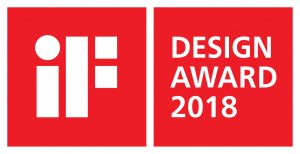 Logitech took the iF 2018 DESIGN AWARDS by storm, recognized with an unprecedented 16 design awards. This year’s record-breaking 13 Product Design awards were amplified as the company broke into a new category, winning three awards for communication design.

Competing against more than 6,400 entries from 54 nations in one of the world’s most prestigious and largest design competitions in the world, this year’s Logitech winners include:

Judged by 60 experts from more than 20 countries, the iF DESIGN AWARDS honor products based on criteria such as innovation and elaboration, functionality, aesthetics, responsibility and positioning. Since 1953, designers, manufacturers and users have looked to iF as a sign of good design. We are incredibly honored to have so many entries recognized.