With just a few days to go before the world soccer tournament, the international soccer fandom is gearing up to support their home teams before they take the field on June 12 in São Paulo, Brazil. It’s been four years since we heard the sounds of blaring vuvuzelas at the soccer games in 2010, but the wait has been well worth it. With 32 teams competing, at all hours of the day and night, you’re going to need some prep before the games begin. Logitech offers all the essentials you’ll need to get ready for a big game. Whether you are a power watcher who never misses a match or a casual fan of the sport, we’ve got you covered. 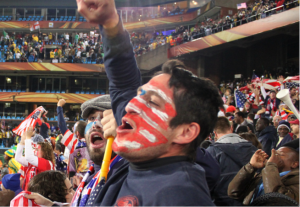 With so many matches to see, it’s time to develop your streaming and recording strategy. For U.S. fans, ABC will be airing 10 games, including the final, while ESPN will air 43 and ESPN2 will feature 11. To keep track of the melee, take charge of all your media consoles with the Logitech Harmony Ultimate Remote. This sleek remote controlsup to 15 devices, including game consoles via Bluetooth, set-top boxes and media centers. The built-in, light-up touch screen makes switching channels a cinch, and you can personalize your remote by adding 50 channel favorites and frequently-used commands – like instant replay. Need a quick refresher? The Harmony App allows smartphones and tablets to act as remotes too, so you can fix yourself a caipirinha cocktail while still controlling your media.

For those who can’t make the red eye to Brazil, you can still hear the roar of the crowds with the Logitech Speaker System Z623. These 2.1 speakers pack a punch with 200 watts of rich, clear stereo to capture those stadium sounds. 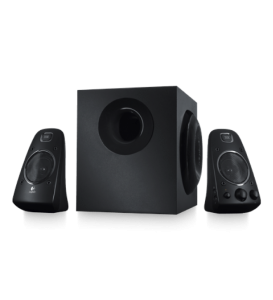 To address such a large, global, soccer-loving audience, ESPN has unveiled their soccer digital hub, which includes live-streaming all 64 matches of the soccer tourney to most U.S. pay-TV subscriptions across multiple devices. Catch all of the game broadcasts streaming via ESPN3 free of charge. For traveling viewers (or those sneaking in a game at work), games will be available via the WatchESPN and WatchABC apps for mobile devices and tablets. Watch your favorite teams go head to head from any angle with the Logitech Hinge Case for iPad Air. Whether you’re making dinner or curled up in bed, this flexible, protective case allows you to adjust the iPad to a variety of viewing angles that fit any situation. And at only a few ounces, it won’t weigh down your tablet in transit.

Tapping into soccer fever, ESPN also relaunched their new site dedicated to all things soccer that will feature up-to-date news, scores, highlights and commentary and will also be available on the ESPN FC app. For those who find themselves constantly toggling between their TV and PC, the Logitech Illuminated Living-Room Keyboard K830 is the ideal liaison between your two media centers. Stream media on your PC to your TV with clear picture quality up to 33 feet away, thanks to the tiny unifying receiver that connects to the keyboard. With auto-illuminating keys that dim and brighten based on the ambient light and an intuitive track pad, you’ve got one more reason to never leave the couch until the tourney is over.

Which team are you rooting for at this year’s cup?