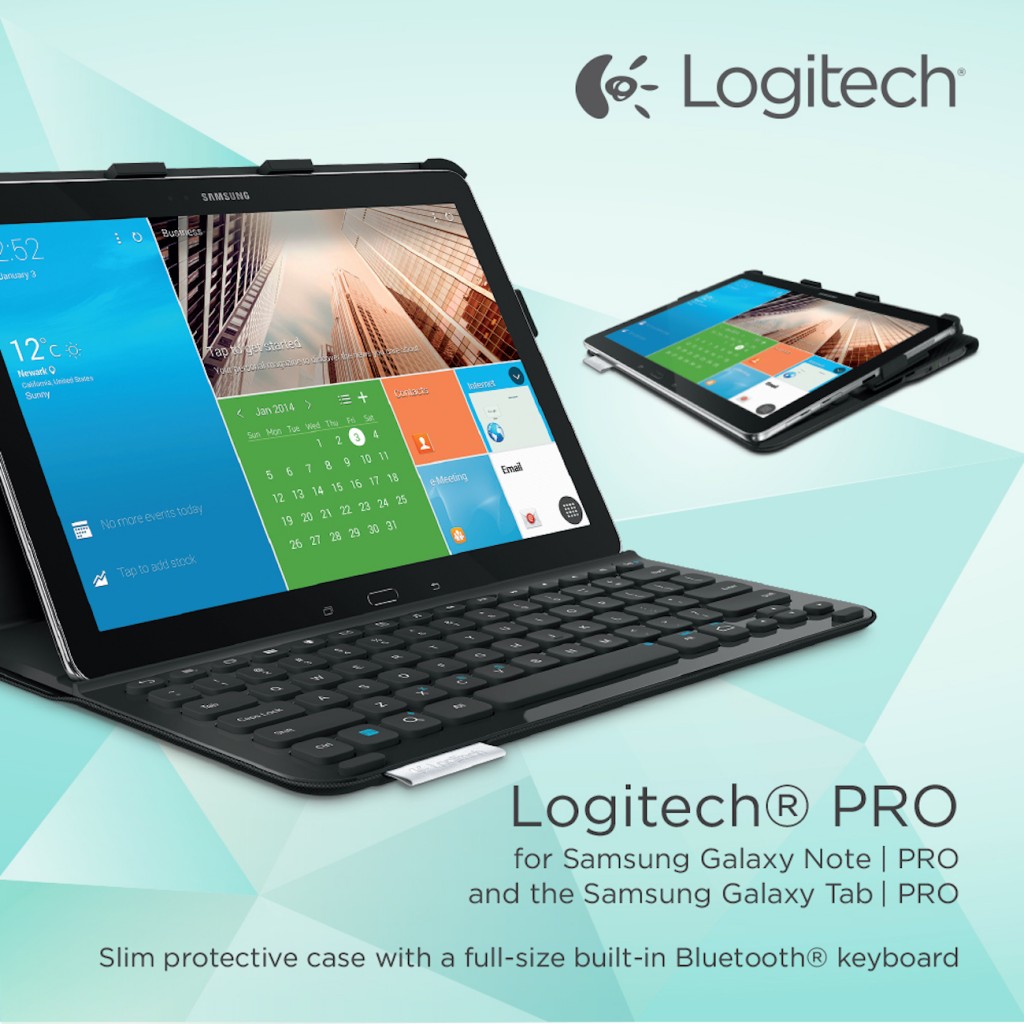 Samsung’s new tablets with 12.2-inch displays allow you to maximize productivity. The Logitech PRO perfectly complements them by providing a full-size keyboard that offers an identical typing experience as the one on your laptop – and row of Android shortcut keys makes your most frequently used programs, such as apps and e-mail, easily accessible. Plus, its slim design makes it perfect for on-the-go use.

Taking a cue from our market-leading tablet accessories lineup, the Logitech PRO boasts durable, wipeable exterior materials and a SecureLock system that keeps your tablet firmly in place. It also doubles as a view stand, allowing you to enjoy your tablet either upright for an optimized typing angle or lying flat for browsing, reading or drawing with the S Pen

If you’re at CES go check it out and let us know the comments what you think! Everyone else, stay tuned here for more.