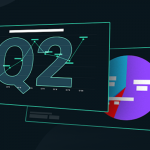 July 9, 2014 Comments Off on Virtual Worlds Through Video Games

Thanks to the incredible power of modern consoles and PCs, environments in gaming have become incredibly photorealistic. It seems like

Well, that’s a wrap folks! The #LogitechLive adventure has come to a close after an exciting week during the biggest

Whether you make video calls to catch-up with family and friends or produce how-to videos for YouTube, the Logitech® Broadcaster

Kameya: Having Your Cake and Eating It, Too

December 21, 2010 Comments Off on Kameya: Having Your Cake and Eating It, Too

Eleven-year-old Kameya is into ”Buffy the Vampire Slayer”, “Mythbusters” and… disastrous cakes. She loves checking out the newest posts at