June 30, 2017 Comments Off on Easy Does It – New Partnerships Help Make Life Easier for Our Customers

The big news for Logitech in the weeks leading up to InfoComm was the announcement of Logitech MeetUp, a sleekly 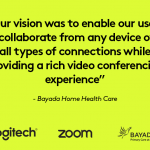 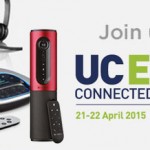 As you navigate your way through this year’s UC EXPO, you are likely to hear the phrase “workplace transformation” on