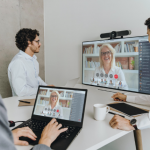 February 11, 2020 Comments Off on Logitech and Barco Empower You to Bring Your Own Meetings – and Start Faster

With video collaboration and the growing demand for efficient meeting technology by enterprises across the globe, there’s never been a

January 20, 2016 Comments Off on Intel and Logitech Unite

The ConferenceCam category of video conferencing devices has made huge progress.  Created just a few years ago, the category is 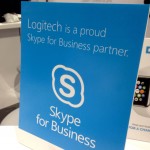 Logitech ConferenceCams are now Certified for Skype for Business

March 18, 2015 Comments Off on Logitech ConferenceCams are now Certified for Skype for Business

Logitech would like to congratulate our friends at Microsoft for the launch of Skype for Business. Since 2007 we have 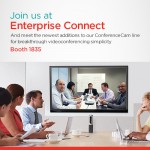 How Can Your Enterprise Improve Collaboration in One Simple Step? See Logitech at Enterprise Connect.

March 9, 2015 Comments Off on How Can Your Enterprise Improve Collaboration in One Simple Step? See Logitech at Enterprise Connect.

This year at Enterprise Connect, you’ll have the opportunity to meet industry leaders on topics ranging from Unified Communications and