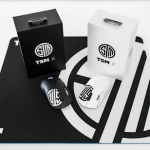 TSM x Logitech G: A Partnership for the Ages

September 25, 2019 Comments Off on TSM x Logitech G: A Partnership for the Ages

June 18, 2014 Comments Off on League of Legends: Logitech Gaming Recap

It was a busy May for our teams in the League of Legends North America LCS season. For those not