December 3, 2014 Comments Off on Logitech Honored by CEA with Four 2015 CES Innovation Awards

CES is still on the horizon, but there’s reason to celebrate early! We’re excited to share that the Consumer Electronics 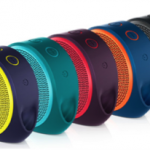 Yesterday, Ron Robinson hosted a pop-up event in Los Angeles to celebrate Bemo and the exclusive premiere of a short video