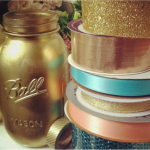 This week, some of our newest products, including the small, vibrantly-colored UE MINI BOOM, were seen on several technology news 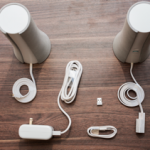 Right Speaker for the Right Moment

October 5, 2013 Comments Off on Right Speaker for the Right Moment

Do you hear that? If you listen closely you can hear the sound of satisfaction, with the world digging into

September 27, 2013 Comments Off on Logitech in the News

As September comes to an end (can you believe we’re nearing the end of the year?!), we took a step 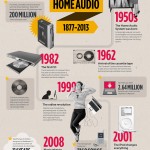 From Phonographs to Wireless Speakers: A Peek at the Evolution of Home Audio

September 26, 2013 Comments Off on From Phonographs to Wireless Speakers: A Peek at the Evolution of Home Audio

Just like the rise and fall of musical genres and the musicians who drive the hottest hits, the way we

This week, the tech world was buzzing with news. From Apple’s big unveiling on Tuesday to Twitter filing for its