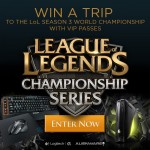 Calling all League of Legends fans! There’s still time to win a trip to Los Angeles for the League of 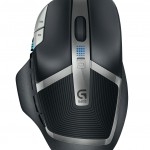 Logitech Greets Products with Celebrations Around the Globe

October 11, 2012 Comments Off on Logitech Greets Products with Celebrations Around the Globe

We’ve started the Fall season off with a bang here at Logitech, celebrating the Logitech Global Graffiti Collection, along with

League of Legends, being one of the most played PC games of all time, commands a huge international following. At