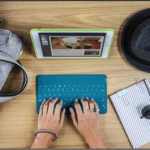 December 5, 2014 Comments Off on Logitech in the News

Can you believe it’s December already? The holiday season is upon us, so if you’re making your wish list and 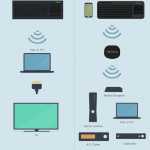 How Do You Watch TV? Find the Right Keyboard for Your Living Room

April 16, 2014 Comments Off on How Do You Watch TV? Find the Right Keyboard for Your Living Room

What’s your TV watching preference? Laying back and vegging out on endless Netflix and Amazon Prime series or controlling a

The Perfect Partner for your iPad

Finally have your new iPad? We’ve got you covered. Today we announced a new keyboard accessory for the new, third-generation

It’s Cyber Monday – the day to find great deals online! Take advantage of Logitech’s special offers and get a

Get More Done and Have More Fun with Your Tablet

August 24, 2011 1 Comment on Get More Done and Have More Fun with Your Tablet

Tablets offer amazing versatility. They can be used during the work or school day for taking notes and web browsing

This week in Logitech news, CNET announced the release of the Mac version of Logitech Wireless Solar Keyboard K750, whose PC version

The Connected Home; Is this finally our year?

There was a lot of buzz around the “connected home” at this year’s Consumer Electronics Show. So what is a

January 5, 2011 Comments Off on Using the Logitech Keyboard Controller to Navigate Google Chrome

The Logitech Keyboard Controller was designed to easily navigate the Google Chrome browser on Google TV. Below is a list