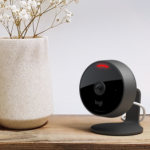 May 18, 2020 Comments Off on Logitech Introduces the Circle View, Apple HomeKit-Enabled Security Camera 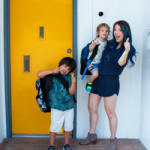 August 28, 2018 Comments Off on This Mom’s Back-to-School Essential: A Good Night’s Sleep

Guest Blog Post By Hannah Williams (@HannahLilyWilliams) Picture this: Me, asleep on my couch in the living room at 2AM.

This week in Logitech news, ABC ‘Nightline’ featured Logitech customer Jeanne Thomas and her story of how she caught two

June 28, 2012 4 Comments on Protect Your Small Business with Logitech Alert

June is National Safety Month in the United States, and that has us at Logitech thinking about safety in our

This week, Logitech announced the newest addition to its G-Series gaming lineup: The Logitech® G600 MMO Gaming Mouse. This mouse

Keeping Your Home Safe When You’re Away

June is National Safety Month in the U.S., and for many of us, there is no place more important to

August 3, 2010 141 Comments on New Logitech Alert Video Security System Lets You Keep an Eye on What Matters Most

At Logitech, we’re firmly committed to delivering on our promise to bring HD video to anyone, anywhere. To this date,