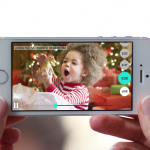 Nowadays it’s likely you spend more time with your coworkers than nearly anyone in your life. Have an office holiday

Father’s Day Gadgets for the Man in Your Life

As Father’s Day draws nearer for many of us across the globe, it’s time to start thinking about ways to

This week in Logitech news, several products made their way into top roundups and gift guides across the globe. With

If you’re anything like us here at Logitech, you’re probably staring at the calendar wondering how June got here so

December 20, 2010 Comments Off on Logitech in the News

There is a ton of excitement regarding recent upgrades to GoogleTV. Improvements to the Netflix app and addition of voice