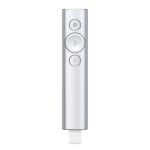 Check out what the media said about Logitech products this week. This week, Logitech and TED unveiled the Spotlight Presentation

Whether you’re in the heart of winter up North, or down South in the peak of a scorching hot summer,

CES: From the Floor

Tuesday was my first day on the show floor of the 2012 CES Convention in Las Vegas. I’m in town

Tune in to Hollywood Award Season with Logitech

January 6, 2012 Comments Off on Tune in to Hollywood Award Season with Logitech

Awards season is practically here! You’ll have to admit, with the cooler weather keeping most of us indoors, it’s easy

January 6, 2012 Comments Off on Logitech in the News

This week in Logitech news, Digital Versus named the Logitech Anywhere Mouse MX as “one of the best compact mice of its